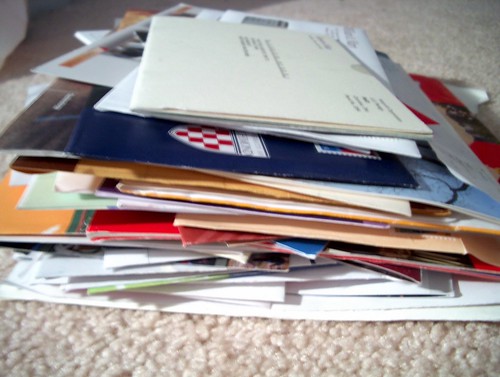 NEW YORK, March 27 (Reuters Life!) – Think your family going green won’t make a difference? Wrong, says a U.S. study released on Thursday that shows one household ditching paper statements for Web transactions would save 24 square feet of forest a year.The PayItGreen Alliance said it believed this was the first detailed study commissioned to determine the impact of one individual household on the environment and it hoped to get across the message that every green step counted.

The study found the average U.S. household receives about 19 bills and statements from credit card companies and banks every month and makes about seven payments by paper each month.

By switching to electronic bills, statements and payments, the average American household would save 6.6 pounds of paper a year, save 0.08 trees, and not produce 171 pounds of greenhouse gases — the equivalent of driving 169 miles.

The survey, whose results were vetted by the Environmental Protection Agency, said it would also mean avoiding the deforestation of 24 square feet of forest, the release of 63 gallons of wastewater into the environment, and save 4.5 gallons of gasoline used for mailing.

“Individuals who think they are only one person and can’t really have an impact should re-evaluate their position. Even small contributions can have a impact when aggregated,” said Craig Vaream, a member of the PayItGreen Alliance and JPMorgan Chase.

JPMorgan Chase is one of about 16 members of the alliance which is made up of financial services companies and also includes Bank of America and the Federal Reserve Banks.

The alliance is lead by NACHA, the non-profit electronics payment association, that represents more than 11,000 financial institutions who are encouraging customers to conduct more transactions online.

The group was set up in 2007 to promote the positive environmental impact of choosing electronic payments, bills, and statements instead of paper.

It found that Americans each year mail 26 billion bills and statements and 9 billion payments in paper form with the related production and transportation consuming 755 million pounds of paper, 9 million trees, and 512 million gallons of gasoline.

The survey found that if 10 percent of U.S. households, or about 11.4 million households, gave up paper bills and statements the results would be significant.

It would also preserve 6,202 acres of forest from deforestation, avoid creating 719,800,685 gallons of wastewater which is enough to fill 1,090 Olympic-size swimming pools, and avoid filling 3,071 garbage trucks with waste.
AmbienteLixo, resíduosRecursos naturais