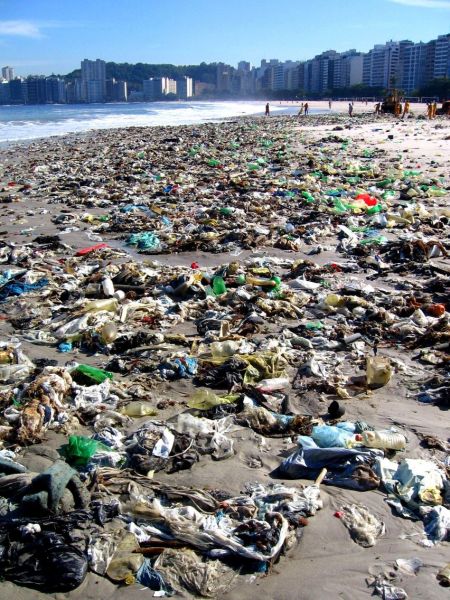 In Mogi more than 150 establishments were warned by the city inspection team because they have not yet acquired the biodegradable bags, as requested by the city law. Of all businesses inspected since last Monday – when the operation began, three already offer the product. Today, the inspectors must complete the work in the central area of the city and therefore will start the action in the neighbourhood’s shops. In this first step, however, they are not fining.

Yesterday, 10 inspectors divided into five teams and visited several companies in Mogi. In the central area, the store Sumirê Perfume, was one of those visited. It, already introduced the biodegradable product. “We are requiring a report from the supplier showing that it is really biodegradable, because it is really similar to the common package. Two other supermarkets have also started to work with the product” explains Joao Batista, head of the Supervision department of the Mogi Major.

According to Juliana Sanpei, the store manager, the store is already working with biodegradable bags just over a year. “We replaced the common and also by the paper one. It is good to know we are collaborating to not degrade the environment, “stresses.

After 30 days, the inspectors will return to all businesses visited this week. The companies that do not provide a new package within this period will be reported in 10 units of the City Tax (UFMS), which correspond to the value of R$ 986.10. In case of recurrence, the establishment is fined at a double value and can also have the operating permit revoked, according to Municipal Law No 6106/2008. “For now, we are focusing on the guidance. We cannot require that businesses make the change from day to day. Therefore, we warned the shopkeepers to acquire the new bags in a period of 30 days”

The teams also visited a unit of supermarket Alabarce. The place received only a warning, since the packages are not biodegradable. “We did not make the change, but now we believe that in a maximum of 15 days we will have the new bags,” notes the manager Marcio Santos.

The housewife Marilda Aparecida is concerned about environmental sustainability and says that usually takes cloth bag to carry the purchases. “Now, with the biodegradable packages, I know that I will no more harm the environment,”