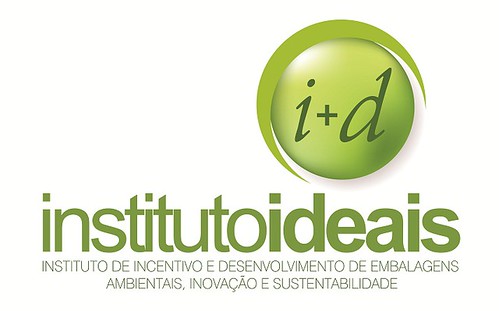 Plastic bags built to be yesterday’s news – Plastics makers are spinning newspaper and grocery bags out of greener plastics, although eco-watchdogs worry about long-term side effects.

The Gray Lady may someday arrive at your doorstep inside a “green” plastic bag.

A company that makes delivery bags for The New York Times and other major newspapers has designed a plastic bag to biodegrade within three months.

GP Plastics’ PolyGreen bags are made with fossil fuels, as are their traditional polyethylene counterparts.

However, a chemical added during manufacturing enables the plastic to be digested by microorganisms. The bags are supposed to disintegrate within a few months outdoors or three years in a landfill when exposed to oxygen and ultraviolet light, leaving behind little but water, carbon dioxide, organic metals, and salts.

The nontoxic, active ingredient speeding up the degradation includes a metal such as cobalt, according to Willow Ridge Plastics. It makes PDQ-H, an additive that enables PolyGreen’s oxo-biodegradable plastic to be eaten by microbes.

GP Plastics each year sells some $100 million in plastics that include sleeves that shield newspapers in soggy weather. Customers include The New York Times, USA Today, the Boston Globe and other newspapers published by Tribune, Gannett, McClatchy, and Newhouse News Service.

Each year U.S. newspapers use 7 billion plastic delivery bags, according to the Dallas-based GP Plastics. When discarded, unfortunately, plastic breaks down into ever-tinier molecules, polluting ecosystems and harming the health of animals and humans.

“If you only saw some of the hate mail we get from people saying, ‘Your product is clogging the landfills and waterways,'” said Mike Skinner, GP Plastics’ chief financial officer. “Well, we’re working as fast as we can on this. I don’t think this will be the final answer, but it’s a step in the right direction.”

When San Francisco last March became the first U.S. city to ban plastic bags in supermarkets, GP Plastics protested. It and other plastics makers promoted bag recycling. However, only about 1 percent of plastic bags are recycled even in that city. The companies got to work building greener bags.

GP Plastics says its new newspaper sleeves cost only a fraction of a penny more than non-biodegradable ones.

Hilex Poly Company in Hartsville, S.C., announced last month that its new HED grocery bags will biodegrade in as little as eight weeks. In Britain, Symphony Environmental Limited’s D2W plastic, like that of GP and Hilex, includes an additive to accelerate biodegradation.

Companies including BioBags have made biodegradable, compostable plant-based plastic bags for garbage and yard waste for many years. However, plastic bags made from corn tend to break down too quickly to keep a newspaper dry, if flung into a puddle.

Yet some environmental groups suspect that the rise of bioplastics will only add to pollution and global warming. They frown upon growing genetically modified corn for plastics and worry that, as with harvesting plants for biofuels, food supplies will become scarcer as a result.

And some watchdogs contend that chemical additives designed to make petroleum-based plastics degrade may prove in the long run to harm ecosystems. They are suspicious that the companies don’t disclose the exact ingredients in their additives.

“There is no such thing as biodegradable plastics,” said Stephanie Barger, executive director of the Earth Resource Foundation in Costa Mesa, Calif., which campaigns against plastic pollution.

“They’re still using petroleum, which is the No. 1 cause of global warming. What other kinds of chemicals are they putting in those plastic bags? If they’re saying salts and metals, well metals are damaging in high quantities.”

Barger would prefer that people tote reusable bags, which are becoming chic in some circles (and nearly ubiquitous in Ireland). And how to keep newspapers dry? She suggests separate mailboxes.
GP Plastics unveiled its biodegradable bags this weekend at the Newspaper Association of America Marketing Conference in Orlando, Fla.

The plastic PolyGreen newspaper bags that The New York Times had planned to switch to next year should not be advertised as “eco-friendly,” according to a recommendation (summarized here) from the National Advertising Division of the Council of Better Business Bureaus.

Various environmentally-friendly claims by GP Plastics, the maker and advertisers of the PolyGreen bags, had been challenged by the Mexico Plastic Company, a rival maker of newspaper bags. These include the claim that the bags are “oxo-biodegradable,” a term defined by the Oxo-Biodegradable Plastics Institute as “conventional plastics … to which is added a proprietary mixture that accelerates the breakdown of the chemical structure of the plastic.” (A longer explanation is here.)

The Times said today that it would not use the bags until more research was done.

“Until further analysis can be conducted and verified, we have decided not to move to an oxo-biodegradable bag,” said Abbe Serphos, a Times spokeswoman, in an e-mail message. “We will continue to assess all options and to utilize our current bag, which is fully recyclable and made from a high percentage of recycled plastic.”

The finding of the National Advertising Division, a self-regulating body that mediates disputes between advertisers as a way of avoiding litigation, are being appealed by GP Plastics.

The N.A.D. recommended that the advertiser discontinue its claim that the PolyGreen plastic bags are “100% oxo-biodegradable.” In addition, because the claims of “biodegradability” were not adequately substantiated by competent and reliable evidence, N.A.D. recommended that GP Plastics modify its advertising to avoid conveying the message that PolyGreen bags will completely or rapidly biodegrade in landfills.

N.A.D. further recommended that the advertiser discontinue claims such as “eco-friendly” and “environmentally friendly” as well as the promise of a “green tomorrow” and “saving the planet” as these broad claims promise far reaching environmental benefits that overstate the evidence with respect to the degradation of the plastic bags.

Finally because there was no testing of the PolyGreen plastic bags or evidence demonstrating that product is compatible with the traditional plastic bag recycling stream, N.A.D. recommended that the advertiser discontinue its recyclable claims.
In an e-mail message to Green Inc., Mike Skinner, the chief financial officer of GP Plastics, noted that the N.A.D.’s decision was “in no way a legally binding decision or precedent, and the level of scientific and other review that the N.A.D. makes of advertising claims is less extensive than what would occur in a legal proceeding.”

We believe that in this case, the N.A.D. was led to some erroneous conclusions by the advocacy of one of our competitors. For that reason, we are appealing the N.A.D.’s decision to its senior body, the National Advertising Review Board, and presently expect to challenge all of the N.A.D.’s conclusions. You should be aware that GP Plastics Corp. stands behind all of the claims it has made for its PolyGreen product regarding biodegradability and recyclability, and has no plans to discontinue any of them.